Becoming a pilot? I would actively discourage it 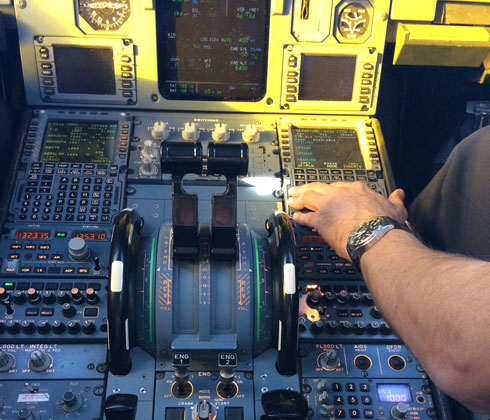 25 Oct Becoming a pilot? I would actively discourage it

Posted at 12:31h in Other stories by admin

A little over eight years ago, in 2009, I finished my pilot training at a Swedish flight school. As the world was still recovering from a financial crisis there were not many jobs available for aspiring pilots. The only exception was a certain low cost airline, which regularly assessed newly certified pilots for their cadet program, which meant taking on and training pilots without prior airline experience.

I applied and was called by one of the airlines representatives, thanking me for my application and to schedule an assessment consisting of two interviews and a simulator session. This process would judge my suitability to be employed as an airline pilot. So far the experience was what one could reasonably expect from a prospective employer, however that would soon change.

I was informed that I would have to pay an ”assessment fee” of 260 British pounds, to cover the company’s cost of interviewing a potential pilot candidate. In addition, I would have to travel to the country where the assessment was to be held, at my own expense and paying for my own hotel and transport.

I could have chosen not to accept these conditions and declined what was likely one of very few interview offers that I would come across – and remain jobless for a potentially long time.

But I didn’t want to pass up a chance at an airline job, so I went.

A little while after my assessment I was called and informed that I had passed the assessment and that they would like to offer me a job. I was however not to be employed by the airline that had interviewed me, and charged for it.

I was instructed to set up a limited company in a different EU country which would invoice the staffing agency that I was to sign a contract with. The staffing agency would then rent me, and my services, to the airline. I was given a choice of four different accountants to choose from in setting up my limited company and was told in no uncertain terms that this would be the ONLY way that I would be providing my services to the airline.

The contract that I was presented with stated that I was not to be considered an employee of the airline and whilst they would pay me an hourly rate for my flying, they would not pay for any other duty such as mandatory training. There would be no obligation for them to utilise me or my services for the duration of the contract and I was told to pay 28500 euros to cover the cost of my training for the specific aircraft type the airline was using.

Again – at this stage I could have chosen not to accept the conditions as they were stated, walk away from the only opportunity at a pilot job I had come across and remain jobless indefinitely.

I was presented with an opportunity to start my career in the profession I had chosen under conditions that I felt I had no choice but to accept.

It doesn’t take a lot of imagination to picture what that kind of set up did to my ability to have meaningful leverage in my dealings with the airline. If I asked for something or demanded what I thought I was entitled to as a worker in the airline I was swiftly reminded that I was, in fact, not an employee. The general communication from the airline implied that any pilot or service provider not happy was free to leave.

The airline had complete interpretation prerogative in all matters relating to my employment.

During my first year in the airline I witnessed a new policy regarding Airport ID badges suddenly implemented that would incur costs and work on the individual pilots. Those that dared to defy this unilaterally imposed change of policy were terminated with immediate effect and not allowed to return to work.

That incident instilled a sense of fear in me and my colleagues. After all, if terminating pilots for trivial matters such as ID badges, what treatment would I potentially face for any other perceived wrongdoings?

The culture of fear over losing one’s livelihood was substantial in the airline and there was no labour law for me to seek protection under. Not the labour law of the country of my airline, my home base, nor the country of the staffing company. Working there meant I had to provide the flexibility and disposability of a self employed contractor whilst being expected to show the unquestioning loyalty of an employee.

Let me make it perfectly clear that the airline did not force me to take a job there, I chose to join. But is choosing between your first job under dubious employment practices and joblessness really a choice?

I grew up with a dream of becoming an airline pilot and worked hard to achieve that goal. I studied dutifully and aspired to always perform my best – But I did not grow up dreaming of being an independent contractor providing my services on an hourly basis to an airline that could dispose of me at any time for any reason.

I did not grow up with the dream of being sent, against my will, to a base I didn’t want to be in, with faint hope of ever living where I wanted to due to the lack of a transparent base transfer system.

I did not grow up with the dream of being completely left out to the wishes and needs of individual managers of a private company in a different country – whose laws I was unfamiliar with with nobody to represent me or my interests.

I have since, like so many others, left the airline in question to pursue a career with other companies. I am still active in trying to protect the interests of pilots in Europe and that is a struggle.

The struggle may once upon a time have been about pay and conditions, but has now become one about rights so basic that we all take them for granted.

Rights such as the right to have the protection of the labour law in the country where I work. The right to democratically elect those who are to represent my interests and the right to voice my disapproval of my employer’s practices without fear of retribution.

If you asked me today whether I would recommend my future children to become pilots the answer would be: No, I wouldn’t. I would actively discourage it.

I would actively discourage it given my experience being forced into a bogus self-employment scheme. Young men and women looking to start their careers, whatever the profession, deserve better than that.

If the employment practices me and so many other young, aspiring pilots were subjected to become even more widespread this will no longer be a sustainable career.

I think there is a unique opportunity for you the elected representatives of European citizens to help make sure that these dubious, atypical employment practices come to an end, and that young men and women can once again view this a career worth pursuing.