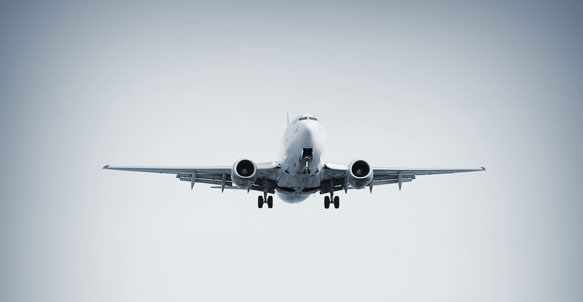 Posted at 14:41h in Other stories by admin

For some time, BALPA has been aware that when it comes to money the image of what a pilot earns may be quite different from the reality of their pay packet. So we asked Liam, who is just starting his career, to talk us though his finances. His name has been changed to protect his identity. Article originally posted on BALPA’s blog.

Liam* is a First Officer with a UK regional airline:

Like many aspiring pilots, I knew from a young age that I wanted to be a pilot. However, the large costs involved made me delay my final decision to undertake flight training. I thought about it for several years and did lots of research before taking the plunge.

There is a certain picture of a pilot that is painted by the media, films, commercials and flight training organisations. This was an image of a job that comes with certain perks. Things like foreign travel, night stops in exotic locations, lots of time off and very good wages.

But for me it was the challenge of being able to master such an incredible piece of technology, together with the projected lifestyle and career opportunities that drew me to the skies.

“The pilots of today make lots of sacrifices…”

It wasn’t long before I saw through the stereotypes and the reality dawned. I quickly came to understand that modern day pilots don’t live the life depicted in films like ‘Catch Me If You Can’! The pilots of today make lots of sacrifices and invest heavily in themselves in the hope they will reap the benefits in the future.

In the past, an airline would pay the bill for a pilots training. The responsibility these days, however, is with the person training. I realised I would need up to £100,000 to become a pilot!

I took time to weigh this up. How could I raise the cash? Did I want this enough to fork out such a huge investment? At age 18 I simply couldn’t get the cash together and felt a little nervous about getting in to such huge debt.

Instead I chose to study for a degree in management. I still clocked up some debt, around £15,000 but it was nowhere near the £100,000 I would have owed had I done pilot training. At this stage, a career as a pilot seemed out of reach, so I embarked on two years travelling.

But I couldn’t get flying out of my head. Talking to people who were pilots inspired me further. If they could do it, why couldn’t I? I knew I had the passion, I just needed to work out how to pay! I decided I would bite the bullet.

If I was back in the same situation today, a flying career would be out of my reach. There are too many out of work pilots out there who are struggling or in some cases unable to pay their interest. The risk for the bank became too great and they have stopped the financing that made it possible for me to chase my dream.

Finding the right training organisation at the right price was important. I choose an integrated course with an organisation that had a reputation for delivering high quality students and getting them jobs quickly after the course. I finally became a fully-fledged pilot 18 months later. I had spent £100,000 on the training and still had my £15,000 university debt to pay off. But I still had no job.

In the early days post-training, I kept my licences and ratings current by flying as much as possible. On average, I managed 20 to 30 hours a year. Most of those hours were self-funded at a cost of €175 per hour. I also kept my Instrument Rating current with almost monthly sessions in a simulator. Thankfully, this was a free of charge service provided by my flight school.

After nearly four years of spending every penny on flying and keeping everything current without a job, I started the KURA Aviation Best Pilot course. It wasn’t long before I had an interview with a large regional airline.

I passed and started work at the end of October 2015. So, at age 32 I was finally a working pilot after having finished my flight school four years earlier. I had the wings, the uniform and the pay checks were coming in. But it was still far from the high life!

My initial pay rate was around £2,200 a month which is about £29,000 a year before tax. This might not seem too bad, but the problem is the huge debt repayments that I now needed to make.

Around £875 per month would go straight towards my flight training loan. The interest alone is around £500 pounds a month! On top of that, my student loan repayment was around £200 per month. So over £1,000 each month was going straight to pay back my training debts. This has become worse since Brexit became an issue. The pound has dropped and my loans are in euros. It means my debt in pounds went up (over £25,000 since Brexit to be precise).

After paying my training loans I was left with around £1,200 per month for everything else including rent, utility and phone bills, costs of running a car and living costs.

“I share a rented house with two other pilots.”

The idea of a pilot living in a big house and driving round in a big fancy expensive car is sadly out of reach for most newly-trained pilots. To this day I share a rented house with two other pilots. None of us can afford to buy just yet, especially with the debts we already have. My room in the house costs me £400 per month. We have bills and council tax to pay on top.

I drive a second-hand Renault. With car insurance and fuel, it is another big chunk of my income accounted for.

My basic living costs which include, rent, utilities, insurance, council tax, clothes, food, the cost of running the car and a few basic sundries, comes to around £2,280 per month (of which the majority is the flight loan debt!).

I wouldn’t be able to cover this if I didn’t earn extra by working on my days off. I worked on average two and a half days extra a month in my first year with the company and boosted my pay by around £600 per month. It was exhausting but enabled me to cover my costs and gave me a little extra cash to pay for a few nights out and holidays.

The impact of big debts

At the end of the day my debts mean saving for my future just isn’t possible yet. I hope that as that as I pay off the loan and my wages rise, I will be able to contemplate having my own home. But right now, it’s a cycle of working to pay my debts.

It’s not all doom and gloom. I love my job. If you are a pilot you will understand why! I work with enthusiastic people in a dynamic environment which challenges me every day. There is so much satisfaction in this job, from achieving the perfect continuous descent to piercing through the clouds early in the morning on a rainy day to have the sun shine on your face while enjoying a hot coffee.

What the future holds

I know that in the scheme of things the earning potential is good if I can stick at it! The problem is the first few years. The first five are extremely tough. In fact, I probably have 20 years before I will be free of my loans.

I am glad I’ve made it to be a pilot. I made a big investment in myself and I hope it will pay off in time. Lots of people who I met during training are still without a job, gave up the dream or in worst cases went bankrupt. I often think how lucky I am and how different it could have been for me. But in terms of attaining the stereotypical lifestyle… well, it doesn’t really exist anymore. It is harder and harder work for less and less money. The dream may still be achievable for a few pilots out there, so I think that will be a more long-term goal for me!

This article was originally published on the BALPA blog. We republish it with BALPA’s permission.